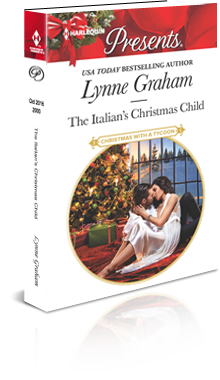 Christmas With A Tycoon, book #1

Italian tycoon Vito Zaffari is waiting out the festive season while a family scandal fades from the press. So he’s come to his friend’s snow-covered English country cottage, determined to shut out the world. Until a beautiful bombshell dressed as Santa literally crashes into his Christmas! Innocent Holly Cleaver sneaks under Vito’s defenses—he wants her like no other before and decides he must have her. When Vito finds her gone the next day, he’s sure she’ll be easy to forget…until he discovers that their one night of passion has a shocking Christmas consequence!

THE MOORLAND LANDSCAPE on Dartmoor was cold and crisp with ice. As the four-wheel drive turned off the road onto a rough lane, Vito saw the picturesque cottage sheltering behind winter-bare trees with graceful frosted branches. His lean, strong face grim with exhaustion, he got out of the car ahead of his driver, only tensing as he heard the sound of yet another text hitting his phone. Ignoring it, he walked into the property while the driver emptied the car.

Instant warmth greeted him and he raked a weary hand through the dense blue-black hair that the breeze had whipped across his brow. There was a welcome blaze in the brick inglenook fireplace and he fought the sense of relief threatening to engulf him. He was not a coward. He had not run away as his ex-fiancée had accused him of doing. He would have stood his ground and stayed in Florence had he not finally appreciated that the pursuit of the paparazzi and outrageous headlines were only being fuelled by his continuing presence.

He had grudgingly followed his best friend Apollo’s advice and had removed himself from the scene, recognising that his mother had quite enough to deal with when her husband was in hospital following a serious heart attack without also having to suffer the embarrassment of her son’s newly acquired notoriety. Undeniably, his friend had much more experience than Vito had of handling scandals and bad publicity. The Greek playboy had led a far less restricted life than Vito, who had known from an early age that he would become the next CEO of the Zaffari Bank. His grandfather had steeped him in the history and traditions of a family that could trace its beginnings back to the Middle Ages when the Zaffari name had stood shoulder to shoulder with words like honour and principle. No more, Vito reflected wryly. Now he would be famous for ever as the banker who had indulged in drugs and strippers.

Not his style, not his style at all, Vito ruminated ruefully, breaking free of his thoughts to lavishly tip his driver and thank him. When it came to the drug allegations, he could only suppress a groan. One of his closest friends at school had taken something that had killed him at a party and Vito had never been tempted by illegal substances. And the whores? In truth Vito could barely remember when he had last had sex. Although he had been engaged until a week earlier, Marzia had always been cool in that department.

‘She’s a lady to her backbone.’ His grandfather had sighed approvingly, shortly before his passing. ‘A Ravello with the right background and breeding. She will make a superb hostess and future mother for your children.’

Not now, though, Vito thought, glancing at his phone to discover that his ex had sent him yet another text. Dio mio, what did she want from him now? He had perfectly understood her decision to break off their engagement and he had wasted no time in putting the house she had been furnishing for their future occupation back on the market. That, however, had proved to be a move that had evidently rankled, even though he had assured Marzia that she was welcome to keep every stick of furniture in the place.

What about the Abriano painting? she’d texted.

He pointed out that his grandfather’s engagement gift would have to be returned. It was worth millions—how much more compensation was he to pay in terms of damages? He had offered her the house but she had refused it.

But in spite of his generosity, he still felt guilty. He had messed up Marzia’s life and embarrassed her. For probably the first time in his life he had wronged someone. On the spur of the moment he had made a decision that had hit Marzia very hard and even the sincerest apology could not lessen the impact of it. But he could not have told his former fiancée the truth because he could not have trusted her to keep it secret. And if the truth came out, his sacrifice would be pointless and it would plunge the only woman he had ever loved into gross humiliation and heartbreak. Vito had made a very tough choice and he was fully prepared to take the heat for it.

That, indeed, was why vanishing off-grid for a couple of weeks over Christmas still felt disturbingly gutless to Vito, whose natural instincts were pre-emptive and forceful.

Holly grimaced and pushed her hand through her heavy mane of black curling hair, her big blue eyes red-rimmed and sad as she checked her watch to see that she was still safely within her lunch hour. ‘You’re not going to get any argument from me on that score,’ she said ruefully.

‘He’s as bad as that last guy who borrowed all the money from you,’ Pixie reminded her with a typical lack of tact. ‘And the one before that who wanted to marry you so that you could act as a carer for his invalid mother!’

Wincing at her disheartening past history with men, Holly reflected that she could not have done worse in the dating stakes had she drawn up a specific list of selfish, dishonest losers. ‘Let’s not look back,’ she urged, keen to move on to more positive subjects.

Pixie refused to cooperate, saying, ‘So, what on earth are you planning to do now for your festive break with me, stuck in London and Ritchie out of the picture?’

‘But she’s staying with her daughter in Yorkshire over the holiday…isn’t she?’

‘No, Alice had to cancel Sylvia at the last minute. Her house has been flooded by a burst pipe. Sylvia was horribly disappointed when she found out and then when I walked in on Ritchie with his floozy today, I realised that I could take two pieces of bad luck and make something good out of them…’

‘I really hate it when you pick yourself up off the floor and come over all optimistic again.’ Pixie sighed dramatically. ‘Please tell me you at least thumped Ritchie…’

‘I told him what I thought of him…briefly,’ Holly qualified with her innate honesty, for really she had been too squeamish to linger in the presence of her half-naked boyfriend and the woman he had chosen to cheat on her with. ‘So, is it all right for me to borrow your car to go to Sylvia’s?’

‘Of course it is. How else would you get there? But watch out: there’s snow forecast—’

‘They always like to talk about snow this close to Christmas,’ Holly demurred, unimpressed by the threat. ‘By the way, I’m taking our Christmas tree and ornaments with me and I’d already bought and made all the trimmings for a festive lunch. I’m going to put on that Santa outfit you wore for the Christmas party at the salon last year. Sylvia loves a laugh. She’ll appreciate it.’

‘Sylvia will be over the moon when she finds you on the doorstep,’ her friend predicted warmly. ‘Between losing her husband and having to move because she couldn’t manage the farmhouse alone any more, she’s had a horrible year.’ 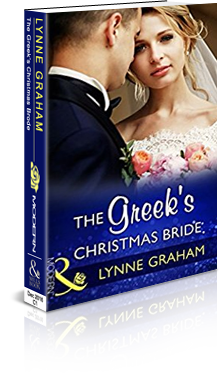 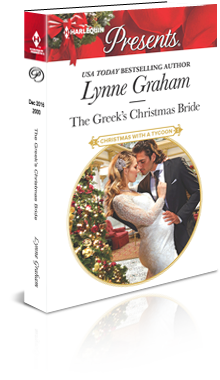